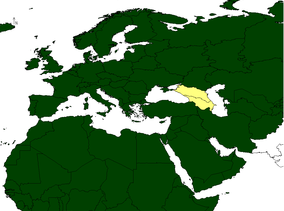 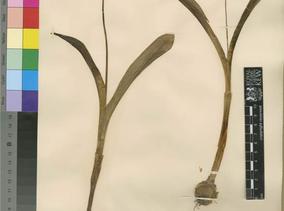 Flowers between April and July, rarely August, in nature; March and April in cultivation.

Notes: Galanthus platyphyllus was named in 1948 by the American botanists H.P. Traub and H.N. Moldenke. The name platyphyllus is derived from Greek, and means ‘broadleaved’, which is fitting for this species. For many years G. platyphyllus was known as G. latifolius, a name dating back to the nineteenth century (Ruprecht 1868) and often used incorrectly for other broad- and green-leaved Galanthus species, particularly G. ikariae and G. woronowii.

Galanthus platyphyllus is a very distinctive species and should not be confused with other Galanthus. It has an elongated bulb (like G. krasnovii), supervolute vernation, very broad green leaves, and a single green mark at the apex of each inner perianth segment. The leaves are usually between 2.5 and 4 cm wide, but can be up to 6 cm wide after flowering. Each inner perianth segment lacks the usual sinus, or sometimes the sinus is very small, and the base of the segment is suffused with light green. The tip of each anther is blunt, in contrast to those of all other species of Galanthus, which have anthers tapering gradually to distinctly pointed tips. A magnifying glass is needed to see the anther tips properly, although it is seldom necessary to look at the anther to verify the identification of this species.

Galanthus platyphyllus is often confused with other species of Galanthus that have broad green leaves, and particularly G. woronowii. These two species are quite different, however, and there should be no reason for confusion. Furthermore, in the wild they occupy very different habitats and flower at different times of the year, as in cultivation. Galanthus platyphyllus is rare in gardens, whereas G. woronowii is readily available from specialist nurseries and sometimes from supermarkets and garden centres.

Galanthus platyphyllus is closely related to G. krasnovii. They look similar to each other and share many of the same features. However, each has its own unique features. The differences between these two species are outlined in the discussion of G. krasnovii. Furthermore, their ecology and distribution are quite different.

Galanthus platyphyllus is a plant of the subalpine to alpine zone, and occurs mainly at altitudes of more than 2,000 m, and up to 2,700 m, higher than any other Galanthus, although there are also some records from the montane zone (c.1,200–2,000 m). It is found in alpine grasslands and meadows, above the tree-line and at the edges of high-altitude woodlands, and sometimes in gorges. In these habitats abundant moisture is available from melting snow, and G. platyphyllus is often found growing near water, in wet flushes, and even in ephemeral water pools. In the wild it flowers from April onwards and up to the end of July, or even into August, which is later than any other Galanthus. In cultivation it is also the last snowdrop to flower, producing flowers up to one month later than most other species, from late February to mid-March, or later, depending on the weather.

Photographs by Richard Nutt (front cover, The Garden, February 1982) and Martyn Rix (e.g. Rix & Phillips 1981) show spectacular masses of G. platyphyllus growing close to the Georgian Military Highway at the Krestovy Pass. Sadly, however, recent reports suggest that collectors have eradicated it from the vicinity of this road, and that collection is continuing (pers. comm. B. Tankersley 2001).

Galanthus platyphyllus is rare in cultivation, although specialist bulb nurseries sometimes list it in their catalogues. It is not quick to form clumps, and does not spread readily by seed. Experiments with twin-scaling have not met with great success. Further work is required to establish optimum growing conditions and propagation protocols for this species.